A Little Bit More About Myself 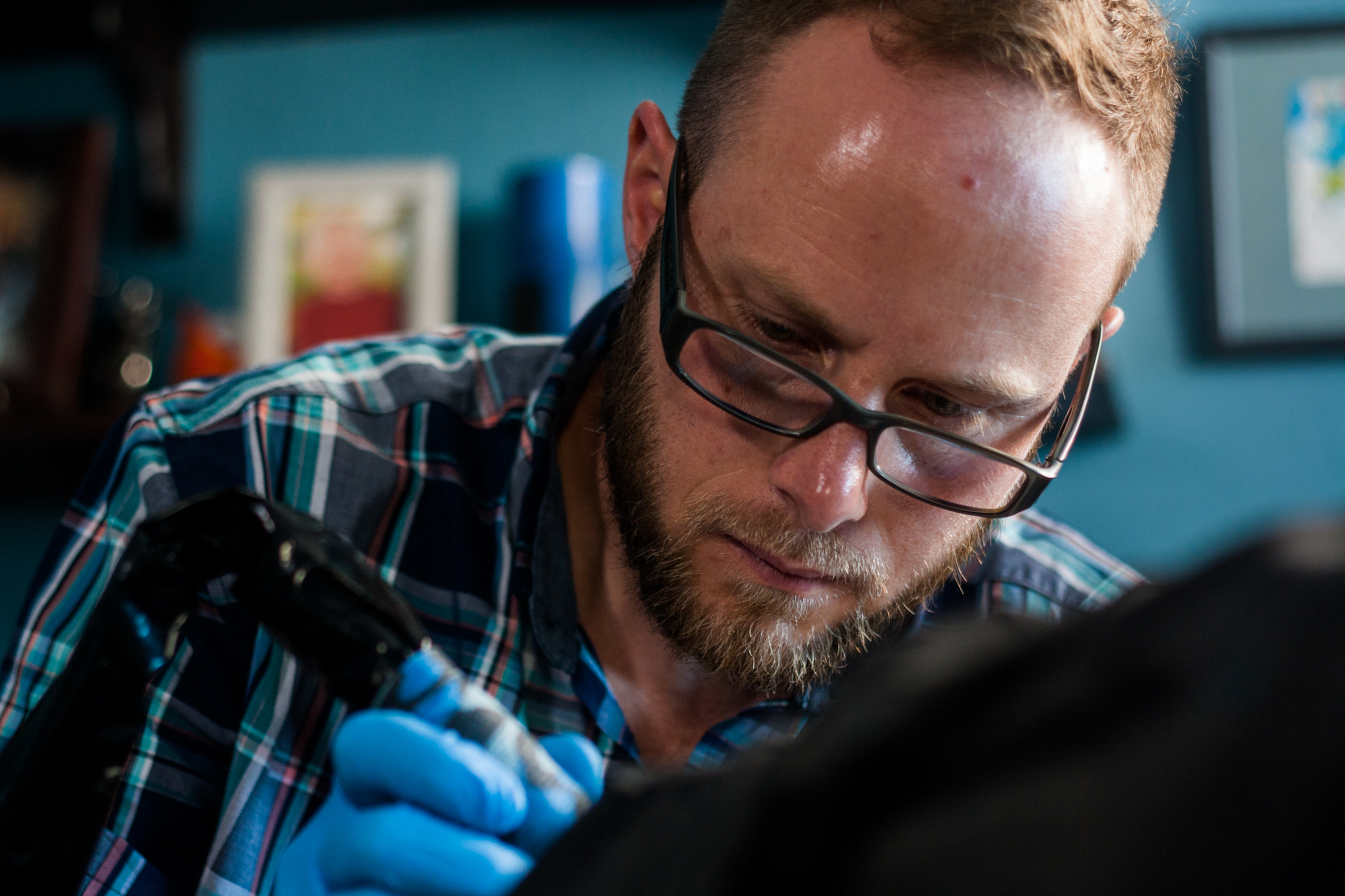 I started my journey into the world of tattooing in 2009 after my younger brother decided to get his first tattoo. Prior to this I was studying to become a Chartered Accountant, “yes I know right?”, completely different to what I’m doing now 😃 After realizing this wasn’t for me, I decided to quit my accounting degree and turn my focus onto art.

I’ve always drawn and studied art, so I started off selling canvas paintings and did a few commissioned wildlife paintings prior to diving into tattooing. This went really well, but the idea of tattooing over took painting for me.

Coming from Zimbabwe where not many people did tattoos, I couldn’t seek out an apprenticeship, so I did a lot of research and eventually met up with a tattooer in Durban who taught me the very basics. After spending a short amount of time in Durban, my life took a huge turn around upon returning to Zimbabwe, things started to fall into place and I became quite busy. This was also when I met my wife, who has helped me along the way 😃

In 2010 we decided to give Cape Town a go and I ended up working with an old school tattooer in Simon’s Town. I’m forever grateful for meeting Gypsy as he taught me many things, one being about the tools of the trade. I became a little obsessed with tattoo machines, pulling them apart, putting them back together and figuring out how to tune them so they sing and run efficiently. It’s always a good idea to understand the tools you use 👍🏻 When given the opportunity, I also help fix up traditional machines for fellow tattooers which is always a rewarding feeling 😃

During this time in Cape Town, I started to get a lot of clients from Zimbabwe asking when I was returning. So, in 2011, my wife and I decided to move back to Zimbabwe and open up a tattoo shop. It went really well and I found myself being booked up for over 6 months in advance. Over time things in Zimbabwe started to get pretty difficult. Cost of living was insane, we had to bribe for everything, even for the simplest of things. We had to hustle constantly and I wasn’t prepared to carry on living in such an environment, so we decided to move back to Cape Town in 2014.

I was traveling backwards and forwards from Cape Town to Zimbabwe for work til around 2017, mainly because I was just starting to get my name out in Cape Town and I had more clients in Zimbabwe. When my son Logan was born in 2015, I was missing out on watching my little boy grow up so I decided it was time to become more known in Cape Town and avoid traveling for work. I reached out to Sam Cluer (The Tattoo Lounge) whom I had remained in contact with since my first Cape Town stint, and I joined his team for about a year. This went really well and it got to a stage when it was time to look into opening my own shop again.

The hardest thing for me over the years has been to find the time and focus to develop my own unique style. I tattoo most styles/requests that come my way, which takes up a lot of time, as I have to refresh my brain to get into that specific style/mindset that I have to prep for. Don’t get me wrong, it’s very rewarding when you put in the effort and get results but it has made me realize what styles I prefer tattooing and would like to focus on. Whatever unique style you do develop would have been influenced from seeing past works and current, and from your own learning through the different tattoos you create. I feel that now, over a decade down the road of tattooing, I’m finally starting to align with my own style. I love the neo-traditional Japanese style tattoos, black and grey with a twist, animal and human portraits, custom drawn script and tackling large pieces that utilize the flow and shape of the persons body. My mind is full of crazy/unique tattoo ideas which I would like to turn into a reality.

I find some of my best pieces are ones where clients have given me creative freedom on what they would like to get tattooed.

And I’m sure the story will continue.

Subscribe to my email list on my homepage of my website https//.www.bctattoo.co.za and when I run specials or have pre-drawn custom tattoos up for grabs, I can let you know.

Join my list to hear about upcoming special offers!

Stay up to date with my work and receive my newsletter.

You have Successfully Subscribed!